We’ve had an unpredictable fall! As many of you know, Amy is on staff at Minnehaha Academy.   In August, there was an accidental gas explosion on the Upper School campus that took the lives of two employees, injured several others, and rendered the school building unusable.

Fortunately, Amy wasn’t on campus at the time.  However, she lost nearly all the contents in her office since it was adjacent to the explosion area.  It was “all hands on deck” for several months as Amy, all the staff, and numerous volunteers scrambled to be able to start school a short five weeks later in an alternate location.  Obviously, the entire school community has also been grieving the many losses that have accompanied this tragic situation.

On the adoption front, things have been progressing well.  We completed our home study update (which expires annually), submitted our Acceptance Dossier for India and recently received our No Objection Certificate (NOC).  The NOC was our last major hurdle to clear prior to traveling to India to complete the adoption.  At this point it’s just a matter of waiting for the orphanage to obtain required documentation.  Once that happens, we’ll begin making travel arrangements!

Based on typical timelines in the adoption process, we anticipate traveling to India in March (possibly sooner).  This is going to come up fast!  We will likely be staying in India with the children for 2-3 weeks before bringing them home with us.  Between now and then we are working on creating a family video and photo album that we’ll soon be sending to the orphanage.  These photos and videos will be shared with the children ahead of time so they can become acquainted with our family and home before we meet them.

We’re also working on submitting additional grant applications.  Earlier this week, we learned we’ve been awarded a grant that will match dollar for dollar the amount of funds we’re able to raise through a particular fundraising initiative.  So, we’ll be letting you know more about how you can participate in giving towards this unique fundraising opportunity in the near future.

The most encouraging thing that’s happened for us this fall is seeing Zinnia fully embrace the anticipation of becoming a family of five.  Since she started kindergarten in September she’s been periodically drawing pictures of our family, and her older sister and younger brother are always featured in her drawings (as seen below).  She enthusiastically talks about them as if they’re already here, which is really, really, sweet to witness.

Thanks for all your prayers and encouragement!  This process started nearly two years ago, and your support for our family definitely helps keep us going. 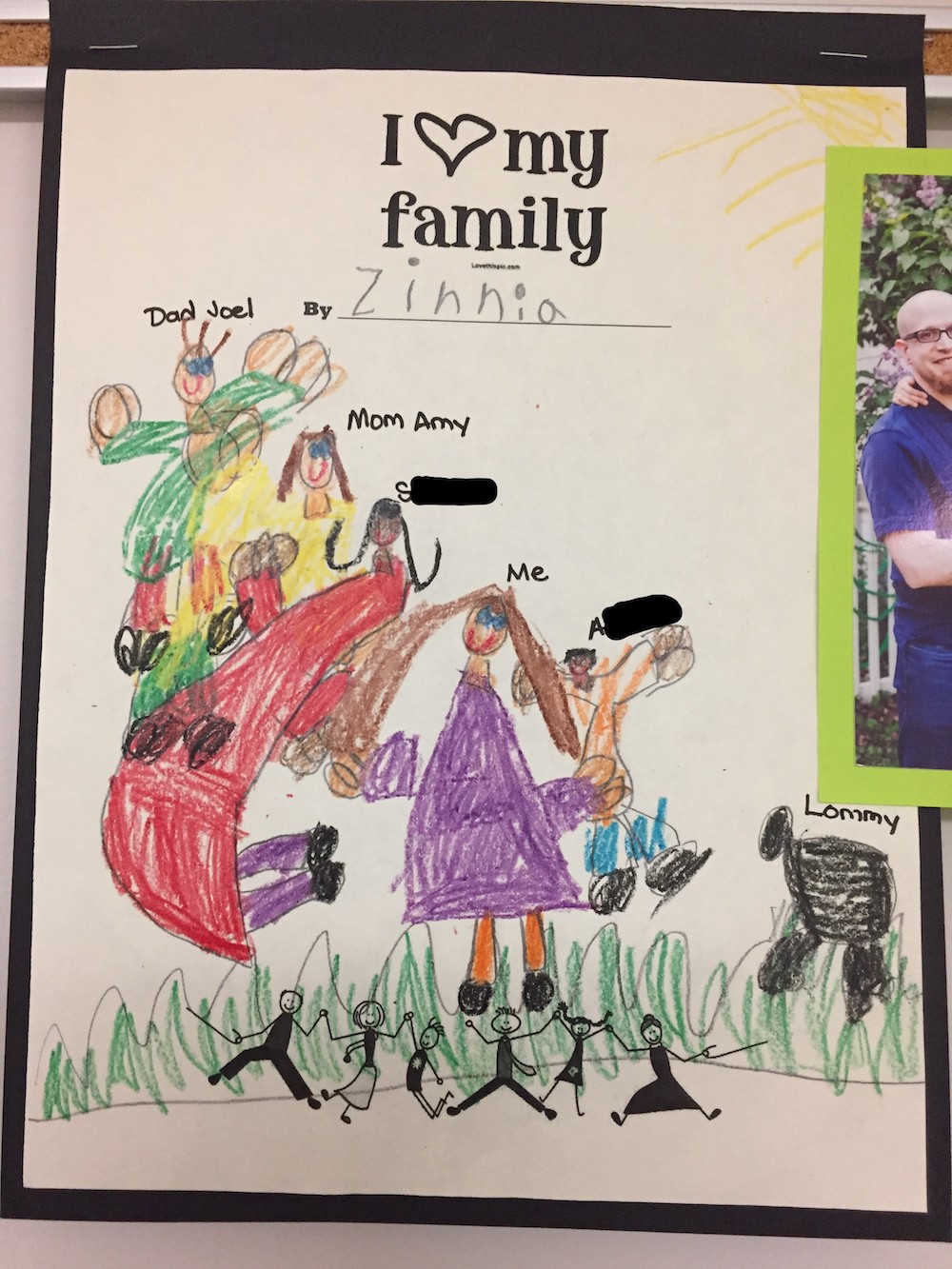 2 thoughts on “Just a Matter of Time”