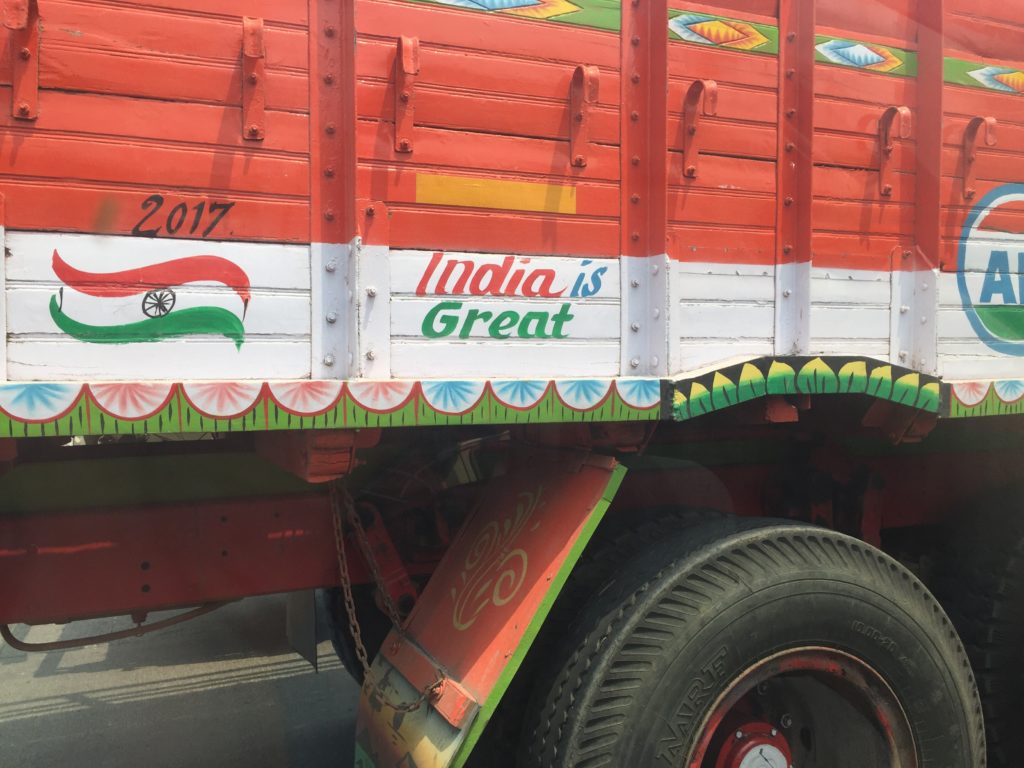 We are here!  We flew into Mumbai at roughly 1:00 am on Sunday, stayed overnight, and then on Monday we were driven to Pune, the city where we will be meeting our adopted children.  Google Maps says the orphanage is a 21 minute drive from where we’re staying, and it seems almost impossible that this is real, after more than two years of waiting/planning/praying.  We’ll be meeting our adopted children almost exactly 36 hours from now, and will leave the orphanage about six hours later as a family of five!

Overall things are going great.  Zinnia has been a trooper, and has handled everything much better than we expected from any 6 year-old.  Last night as we were putting her to bed she told us “I have the India way figured out already.”  I’m not quite sure what that means, but I’ll consider it a good sign.  Her highlight today was drinking her first mango lassi (a yogurt-based milkshake with mango puree that’s very common in India).  She’s had a mango lassi at an Indian restaurant in Minneapolis, but I firmly believe that just as beer connoisseurs swear that Guinness tastes best in Ireland, mango lassis taste better in India.  The one bummer for Zinnia is that we found out when we arrived at our Airbnb that the pool – which was prominently advertised as a part of the package – is only open to condo owners, and not guests.  So, that’s quite disappointing since it’s been approaching 90 degrees here.  But apparently there’s a hotel not too far away where you can pay to just use the pool, so we plan on checking that out later this week.

One other bummer is that Amy was ill for a few days before we left, and continued to get worse after we arrived.  She had a really sore throat, lost her voice, and eventually developed a nasty sinus infection.  The good news, however, is that you can get common prescription medications over the counter by visiting your neighborhood “chemist.”  Our Airbnb host has a friend who’s a chemist, so he took Amy there on his motorcycle (no helmets, of course, and the wrong way on a one-way street, but hey – that’s how things work in India) and she got a cycle of antibiotics.  Total price was 55 rupees, which is less than a dollar for any of you keeping score at home.  She started that about 12 hours ago, and is already starting to feel better.  She’s still having a lot of trouble speaking, though, so we’d appreciate prayers that she gets her voice back before we go meet our kids!

Other than Amy’s health issues, our biggest challenge has been dealing with our messed up sleep patterns.  All 3 of us were wide awake at 3 am last night.  Given that India is almost 11 hours ahead of the US, though, that kind of thing is inevitable.  Somehow, we seem to managing ok, though.   And by the way, I’m definitely giving a raise to the person who decided that melatonin needed to be made into gummies for kids.  GENUIS.

One random funny thing is that our water filter is mounted on the kitchen wall, and the water comes out of a Buddha’s … boy parts (don’t want to risk angering the Google gods by typing the ‘p’ word).  Needless to say, Zinnia thinks it’s hilarious to fill up her water bottle, and to be honest I don’t blame her.

Last random story is that I have spent an obscene amount of time trying to get Swiggy – the Indian version of Bitesquad – figured out.  I’ve been on the phone with two different credit card companies, emailed with Swiggy tech support, and tried all sorts of things to get it to work.  I am happy to announce that I finally got it working, and we successfully ordered in some food for dinner tonight!  This will be a convenient  way to get hot food on the table (both “heat” hot and “spicy” hot) in the next couple of weeks, so we can focus on bonding as a family and not on cooking and cleaning up.  Once last aside – either Amy or I have been tasting all Zinnia’s food to make sure it’s not spicy before she eats it (this is the girl who thinks grated Parmesan cheese is spicy, by the way), but yesterday at our hotel’s breakfast there were some donut-looking things and I just let her eat it.  Yeah.  There were chilis in the donut, and our daughter was in tears during her very first meal in India.  WHOOPS.

7 thoughts on “Good to be back”