Here’s how the conversation between Amy and Mr. Singh went:

Amy:  Yes, I drive.  I drive a minivan in America about the size of this one.  I also drove on roads like this in Kenya for three years while I lived there.

Mr. Singh:  You drive in Kenya?

Amy:  Yes, I drove all around Nairobi for three years.

Amy:  Thanks, but I shouldn’t since I don’t have a foreign driving permit for India.

Mr. Singh:  No no no no no, here no license check, no problem, no problem.  You drive my car.

Mr. Singh then pulled over and they switched seats.  It took Amy like 20 seconds to fire up the neurons for “driving in the developing world on the left side of the road while sitting in the right side of the car while shifting the manual transmission with your left hand.”  The only thing that Mr. Singh had to instruct her on was when to honk.  In India nobody looks in their blind spots and some roads are only wide enough for a single vehicle, so honking is a courtesy to say “hey I’m here” as well as a polite way to say “you’re in my way please move.”  A few times he had to tell her “you blow horn now” but other than that, she was good to go.  It was very fun to watch!  This adventurous spirit is one of the things that most attracted me to Amy when we first got to know each other, and continues to be one of the things I love most about her today.

While we were at the national park, we went on safari.  Note to Americans:  it’s “on safari,” not “on a safari.”  We got the kids up early and drove around in an open jeep for almost four hours.  We saw a wild elephant, monkeys, peacocks, many other cool-looking birds whose names I don’t remember, and several kinds of deer.  No tigers, unfortunately, but it sounds like actually seeing a tiger is pretty unusual.  There was one place where we stopped because our guide heard a certain call of a samba deer that means “a tiger is moving.”  So we waited and watched, but the forest was very dense and honestly it could have been 500 feet from us and it could have been 20 feet from us, and if it didn’t want to been seen then there’s no way we were going to see it. 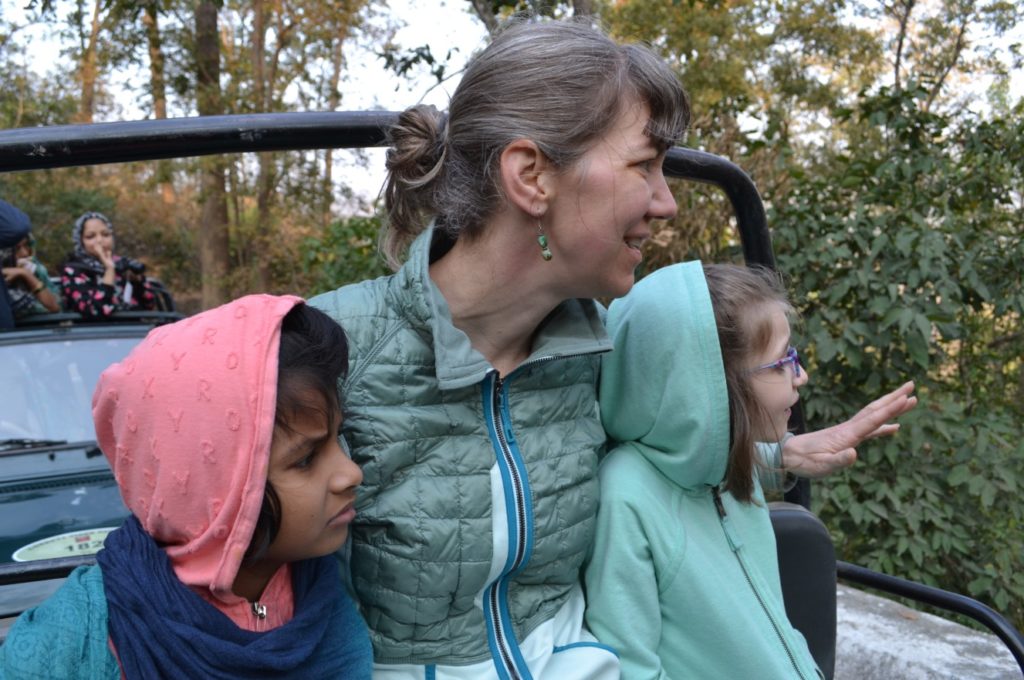 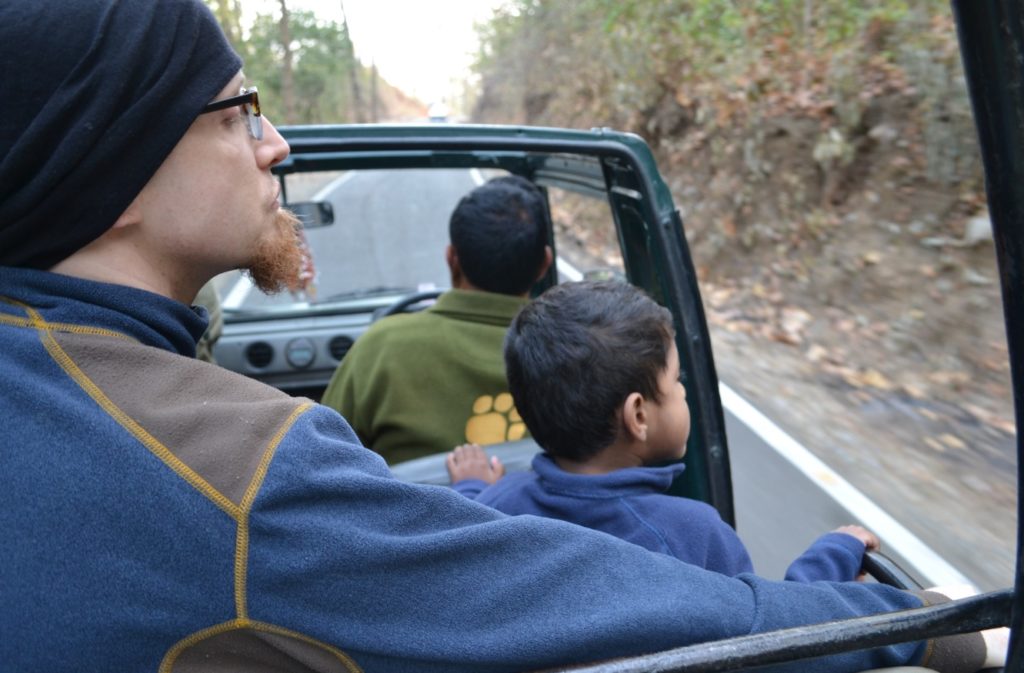 We did get photos of a lot of the animals, but they are much less impressive photos than the thousands of other animal photos you’ve seen in your life by professional photographers.  So, here are some images I found on the interwebs that look similar to what we actually saw. 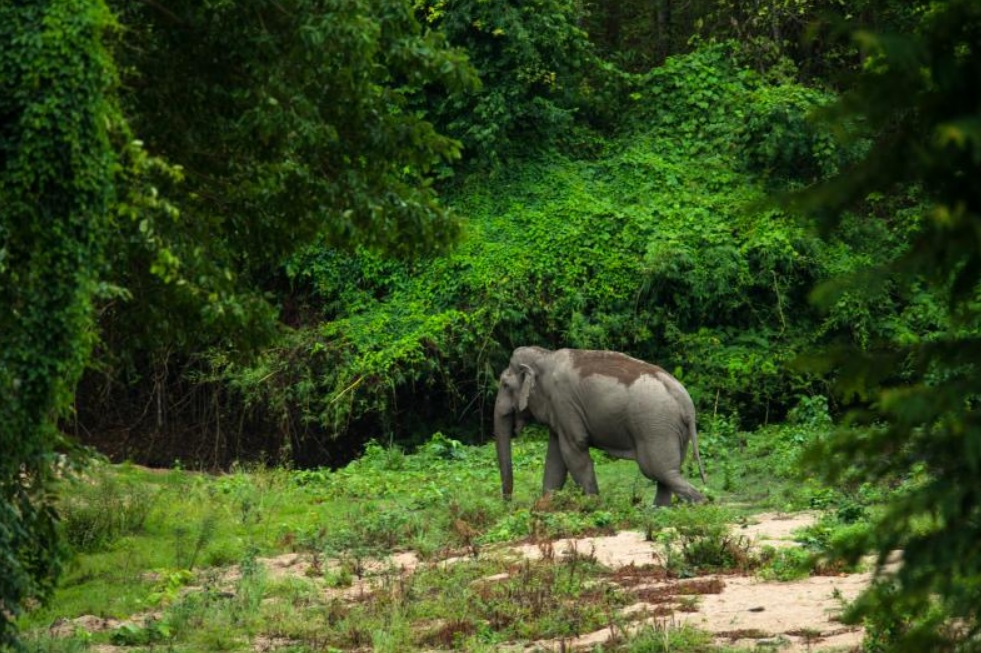 It was cool in the morning – maybe 65 degrees, but it felt closer to 60 or maybe even 55 with the wind from the open jeep.  Shivani said over and over that she was too cold, and I just kept thinking “girl, just wait until we get home to Minnesota.”

Today we drove back to Dehli, and the drive back was MUCH easier and faster than the drive out was.  Shivani did struggle with motion sickness and did vomit once, but thankfully we had a minivan and not an itty-bitty sedan.  At one point we even had all three kids asleep at the same time!  The first time I held Zinnia while she slept was a pretty sweet experience for me, and holding Aashish while he slept for the first time was no less memorable. 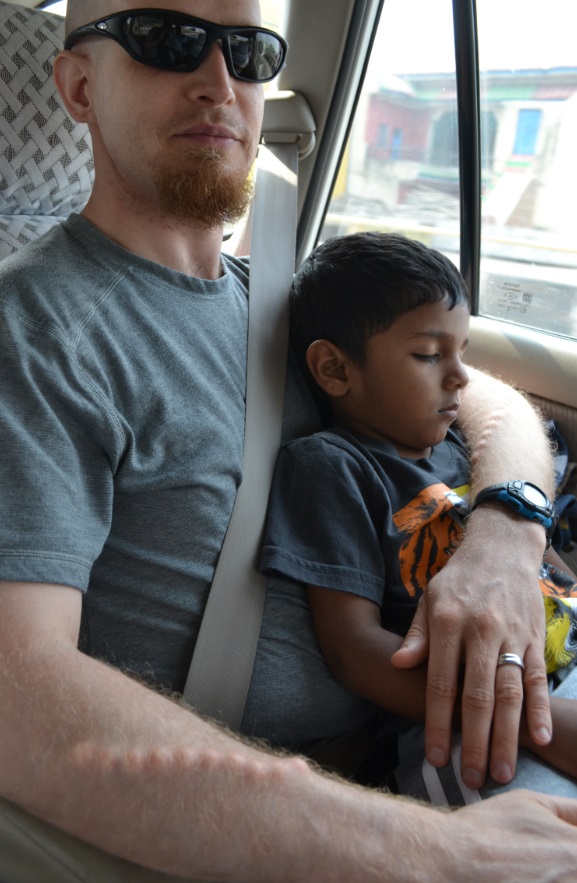 6 thoughts on “American woman behind the wheel”